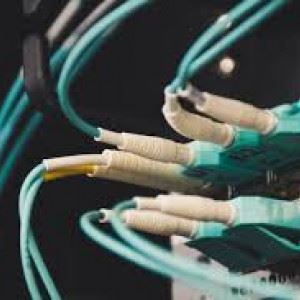 All over the value chain, the produced items and the production processes e.g. production of machines that produce goods, the production of goods themselves, development of software for production machines or goods, etc. are becoming more and more complex. To develop a shared understanding of such products and processes, it is a common practice to rely on standards. A major motivation to standardize is that it decreases the potential for ambiguity when multiple parties are involved. This resolves to many economical and technical advantages for parties using a standard.

Standardization is the process of developing a standard that describes a set of rules governing how a process should be carried out or how a product should be developed or used. The scope of a standard is a deciding factor in how and by whom the standard would be defined. Usually organizational standards are defined within the organization, whereas the international standards are defined by standardization organizations through active involvement of the concerned stakeholders.

Out of other reasons, a very important one is that of intellectual property. A shared and common understanding of the concepts is good, as long as the underlying concepts are not the intellectual property of some person or organization. Depending on the nature of the standard, declaring that one is adopting a certain standard also opens a part of implementation … the black box does not remain black anymore, it becomes dark gray. To avoid such scenarios, organizations prefer the standards that focus on the interfaces, rather than the building blocks of a system or process.

As long as standards are dynamic and inclusive of innovations, they remain adopted, if they become static, innovation easily takes over them.

Acceptance of these standards

Another hurdle in the acceptance of standards is also that small and medium enterprises do not want to get smashed in a battle between giant political elephants. Even when they have resources, many enterprises do not participate in the development of standards because of the geo-political reasons and the power play between countries and industries. For others, this is the driving force to participate, as it lets them understand the positions taken by these giants. In such consortiums, even though the standards are agreed upon, but it is often a waste of time and money because such standards are generally not well-adopted.

When it comes to innovation, we see two different school of thoughts; one that considers that standards and innovation are complimentary for growth and the other that believes that these are at odds with each other. The former school of thought believes that by adopting standards, organizations avoid re-inventing the wheel and thus free up resources that can be dedicated to innovation. For them standards provide a means to share investments and risks thus fostering collaborative innovation and in the same line they can remove undue proprietary interests and barriers arising from patents. On the contrary, the latter believes that innovation and research starts by posing the questions on what has been accepted as norm and following the standards is a barrier to such critical approach. This becomes much more difficult if the standard is well adopted and takes the form of a market demand. Once Steve Jobs said, "The standard bearer needs a kick in the ass every once in a while. [Besides,] it's great for the creator of the deviant innovation. If they're right, there's a big pot of gold there, and the ability to make a contribution to the world."

Considering Schumpeter’s “creative destruction” theory, one can imply that a standard is a static snapshot of a dynamic system. As long as standards are dynamic and inclusive of innovations, they remain adopted, if they become static, innovation easily takes over them. A standard needs to be maintained and it should be kept up to date with the evolution of the domain.