In industrial automation, State Machines are often used to model the behavior of hardware systems.

State machines are made of:

State machines are very useful to model complex behaviors and to represent this visually. 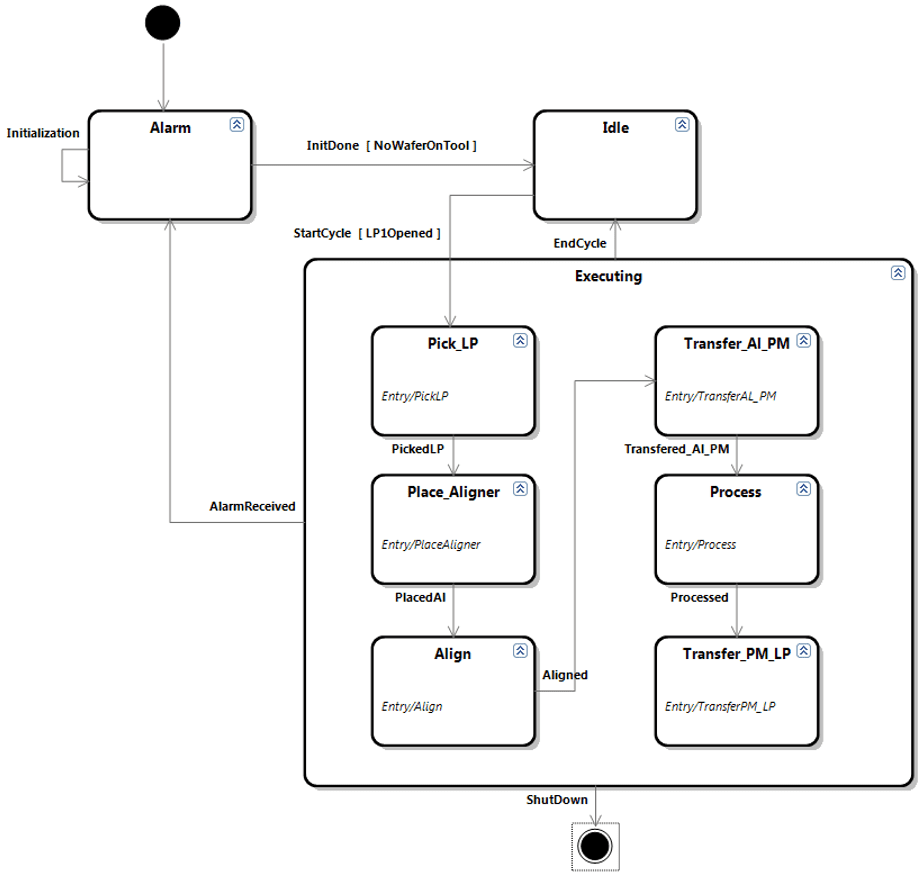 In UML (Unified Modeling Language), class diagrams are often used by software developers to model the code structure and the relations between classes. State diagrams can be used to represent the dynamic behavior. It is based on the mathematical concept of finite state machines with some variation from Harel state charts.

State machines can be easily implemented in any programming language with a simple switch/case using the current state as the case selector. However this implementation has several drawbacks:

At Agileo Automation we think, to quote Aristotle, that:

The soul never thinks without an image

As a consequence, we have added State Machines to Visual Studio so that:

This process is iterative in an agile approach.

See this in action and how it can accelerate your equipment controller development and improve its quality as well as its documentation: